The next post on this blog was supposed to be an 180 day-post transplant update. But unfortunately it's not. It's a post I don't want to make, but it's time to let everyone know what is going on.

Back in late January, Dan was given permission from his oncologist to take a few hockey games as long as he took precautions. Those precautions included multiple masks, electronic whistle, no changing in the locker rooms and the usual social distancing and hand washing. I did not want him to take any games. I've literally been home since March 10, 2020 other than Christmas Eve gift drop offs on a handful of front porches. I feared COVID. So did Dan.

His oncologist said that they want transplant patients to get back to a "normal life" as soon as possible. Knowing how much Dan loves hockey, I gave in.

I'm sure you know where this is going. But I'll continue with the back story.

On February 10, I woke up with a dry cough that sounded different than any cough I've ever had. No fever, nothing but a headache and this weird cough. I had a feeling of dread in my stomach and I told Dan that he had to get a COVID test - immediately. He went in the next day and found out that he was positive for COVID-19. He had a little bit of a runny nose and that was basically it - for now.

I was feeling progressively worse, but not horrible: extremely fatigued, body aches, headache and dry cough. No fever or shortness of breath. Dan still felt "ok-ish", other than having to deal with my white hot anger over contracting a virus that I've worked so hard for us to avoid.

My test came back positive and thankfully my family doctor put in a request for me to get a Monoclonal Antibodies Infusion, which I got on February 16. We contacted his oncologist to put the request in for Dan too. That's a whole different story, but his doctor dragged his feet and the 10 day window for the infusion had passed.

Last weekend Dan started to run a fever, feel short of breath and was having gastrointestinal issues. In the span of 2 days, he passed out three times at home. His fevers were gone, his blood pressure was normal and his oxygen levels were slightly lower than he normally is but still in the "safe" range.

On Tuesday, he went to the U of M for some basic blood work. His blood pressure was on the low end and he was dehydrated so they gave him IV fluids and decided to keep him overnight. After running a series of tests on Wednesday, they decided to keep him again to monitor him.

This is where the story goes completely off the rails. 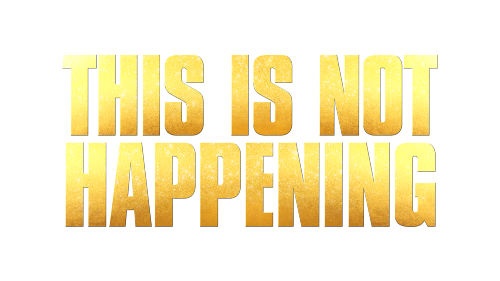 Thursday morning at 7;15am, an Interventional Radiologist called the house to tell me that Dan was having some left side weakness and a slightly strange speech pattern and they discovered that he was having a stroke. They needed permission to perform a thrombectomy where they run a catheter up the groin to reach the blood clot and remove it. And would I approve the procedure?

I spoke to him the day before and he was just tired and telling me he wanted to come home.

How is this possible? Why? Why did I let him referee those fucking hockey games? Could I have stopped him if I said no? Should I have insisted on him staying home? I didn't want him to go. I'm vacillating between utter terror and rage.

Who am I mad at? Him? Me? Everyone who fought wearing masks? Everyone who didn't wear masks? His oncologist who dragged his feet on the antibody infusion? The answer is yes to all. I'm fucking mad at everyone on that list.

But I'm more terrified than anything else.

It's Friday night as I write this and Dan is doing "OK". That's a quote.

He was intubated for the thrombectomy procedure and they are keeping him on it for a little while longer. The neurologist said he is "almost" to the point where he can be taken off the ventilator. The thrombectomy was a success and they removed the clot and had good blood flow to the brain.

His blood pressure was running very low but now it's back to normal. He is moving his arms and legs, opening his eyes and looking around but he's not as alert and aware as they would like.

They were concerned about some mottling and cold in one of his feet, but an ultrasound showed no blockages and they are getting good pulse readings in his legs.

Because he's still recovering from the Stem Cell Transplant, there are some concerns about bleeding. His platelets (the cells involved with clotting) were low so they gave him an infusion of platelets.

Right now, we're in a watch and wait situation. I don't do well waiting. But I'm working on staying calm, patient and centered.

I can't imagine my world without him in it. I love him with every part of me.

I can't lose him.

This is where I NEED your help. We need every prayer you can give. Whether you pray, send positive vibes, put healing thoughts into the universe... anything you can do to help him come back to me.

Not talking to him or being able to see him is torture.

He's in COVID isolation so I'm not allowed to visit him. I'm having the nurse put the phone to his ear so I can talk to him and hopefully he can hear me. I need to believe that he can. I've been sending him texts even though I know his phone is off and he can't see them yet.

When Dan was diagnosed with Multiple Myeloma, I could literally feel the love and support surrounding us. I absolutely believe that support helped him recover. I'm begging you for that again.

Not just for me and Dan, but also for Joe and Cori. They're both so far away and they need their dad just as Joy and Willy need their Grandpa Dan.

Finally, please forgive me if I don't respond to texts or messages for a while. I'm having an impossible time talking to anyone right now and I'm trying to keep myself calm, so I can process and disseminate information accurately.

Thank you in advance for your continued support and love.

Praying for cousin Danny and for you.

Oh Nancy, I am so sorry to hear this. I will continue to pray for Dan and for you. Pray that the lord has a plan and you are both included in it. In the meantime I am sending hugs and prayers your way.

Nancy this is Barb and we met a couple of times when you came up to Jim and Mary's place. I pray for Dan a speedy recovery and also for strength for you. I know it must be horrible to not be with Dan as I was fortunate to be with Jim for his surgery and hospital stay. I pray ur next posting is very positive!

Sending prayers to Dan and you too Nancy.This has to be the most trying time of both your lives and I’m praying very hard for a full recovery🙏🙏🙏🙏

Prayers from our house to both you and Dan! What a turn of events!!

Nancy: This is your Mom’s friend from Grade and High School. I’m praying. So sorry you have this to face right now.

Whoa...Nancy I’m thinking about you guys all the time! Keep thinking positive thoughts and Pam and I will keep all the prayers and positive energy flowing your way.
Jeff

Nancy, we will be praying our hearts out for Dan and you. We have to trust in our Lord that He will keep you strong and will give you all his blessings. You and Dan belong together forever. I’m sure Jodi will keep us updated. ❤️

Hi Nancy - This is Rees, Patty's college roommate I haven't seen you and Dan in ages but wanted you to know that you are frequently in our thoughts. We are so sorry to hear this. We send love and strength and more love.

It’s been a long journey for you both and I’m so very sorry to learn of this news. You’ve both been through so much and I’m praying this is a chapter in of recovery. My love and vibes to you both.

Nancy and Dan... our thoughts and sincere prayers surround you. We wish you peace, comfort, strength... and healing. Mike & Julie Anderson

Nancy, Words don’t seem to be enough right now so I will tell you we are praying for Dan and for strength for you. “Refuah Shlema” which essentially means to heal. Can’t hurt to keep the Jewish side covered 😘. You are the perfect team and we are sending all the love and strength we can. Be strong Sistah, you both have so many people surrounding you and holding you up.
All our love, Kristi and Gary

Nancy,
Sending you all the love, prayers and positive vibes I can possibly throw yours and Dan’s way. 😘

Oh Nancy I’m so so sad to hear about Dan! Tears to my eyes😢. I will send healing thoughts for both of you at this time❤️❤️ Thank you for the up date and stay strong!

Sending ❤️❤️❤️❤️ And prayers to you both!

Nancy I feel your pain and anger, I also feel the love you have for each other. You are so loved by many, feel that love in your soul take it and stay strong.
My prayers for all of you 🙏 ❤

Dear Nancy - I just heard from Patty. We are so immeasurably sorry. Don't hesitate to reach out if there is anything at all I can do. We send all our love.

Nancy, the universe has to hear you. U2 belong together always. I’m so sorry that you guys are having to go through this also. I am praying for both of you.Stay strong and know that our virtual hugs will surround you and keep you up. Please give Dan all our love. Robin White