Hey, Run Your Fingers Through My Hair

Hi all, I just wanted to make a very quick “How is Dan feeling?” update.

After a pretty rough couple of weeks, he’s finally STARTING to feel a little better.  The timeframe we were given of Day 7-10 being “rock bottom” wasn’t completely accurate.  He was still having significant side effects from the chemotherapy into early this past week.

Thankfully, his blood pressure and heart rate issues were just a one-time occurrence, but the nausea, vomiting and added fun of diarrhea were kicking his ass until late Monday night.

He still has waves of nausea, lots of fatigue (both mental and physical) and just a general malaise and feeling of weakness.   It’s hard to believe that he feels this terrible WITHOUT having cancer.

He’s eating a little better graduating from Gatorade, meal replacement shakes, and cottage cheese to mac and cheese, applesauce, and soup. Today he had two pieces of frozen pizza!  The best part is that everything is staying down and the weight loss has stopped.

At his doctor appointment on Monday, the physician’s assistant commented that he was surprised that Dan’s hair hadn’t started to fall out yet.  As I mentioned earlier, he’s not stressed about that at all. But for some strange reason, I have been, so I was really happy that his hair was staying put.

The next day, Dan came upstairs from work and the conversation went something like this…

Dan:  “Hey…run your fingers through my hair.”

Dan: “Oh geez, just run your fingers through my hair.”

I did and there was half a handful of the hair that I love so much. *sigh*

It wasn’t clumps, but it was like EXCESSIVE shedding.  He said “I think we’re going to need to shave it or it’s going to be all over the house soon.”

I pretended I didn’t hear him.

The next day when he came home from the doctor, he had a baseball cap on.  He said “take a look at this” and he took his cap off and it was NOTICEABLY thinner than the night before.  It still wasn’t coming out in clumps and there weren’t any bald patches -- other than the one that was already there.  (Ba dum dum) But it was raggedy and broken.  It still felt soft, but it looked like when someone has OVERLY processed and chemically damaged hair.

Think Bret Michaels circa 1987. Sort of.

By this time, his beard hair was coming out in clumps too.  So far, neither his body hair nor his eyebrows or eyelashes are falling out.

So Wednesday night after my “Betty Broderick Fan Club and Weekly Hen Party” Zoom call, we sat down and I shaved his head and then his beard.  He was totally fine, laughing and making jokes.  I cried.

It is strange to shave someone’s head – very intimate, nerve-racking and surreal.  We have video and pictures, which I will post probably tomorrow.

That’s the brief update for now.  Thank you again for the prayers, love, cards, texts, calls and emails.  Being on complete lockdown, they are especially appreciated.  We are both very slow at responding, but we will.

We love you all and ask that you keep Dan in your prayers, thoughts, good vibes, healing wishes and good juju. 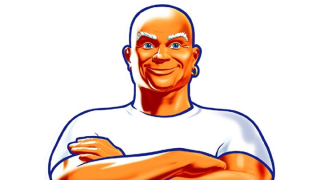 If anyone can pull off the bald look it’s you Dan.Besides,I hear it grows back thicker and darker. I can’t imagine what you’re going through so I’m going to continue to pray for you two. If there’s anything we can do please let Cindy and I know Love you ❤️❤️🙏🙏🙏