« SCT Day Two: Dan with Ice Chips on the Beach | Main | Hey, Run Your Fingers Through My Hair »

This Too Shall Pass

Dan came home from the hospital last Friday afternoon, September 18.  Other than feeling very tired and weak, he felt pretty good until the weekend.

That’s when the chemotherapy side effects started to kick in.  We were told that at some point, 3 to 7 days after the transplant, the side effects would start and like clockwork, they did.

Initially, it was mostly some mild waves of nausea and some general stomach discomfort.  It graduated to infrequent vomiting.  It was all pretty manageable with regular doses of Compazine (an anti-nausea drug). 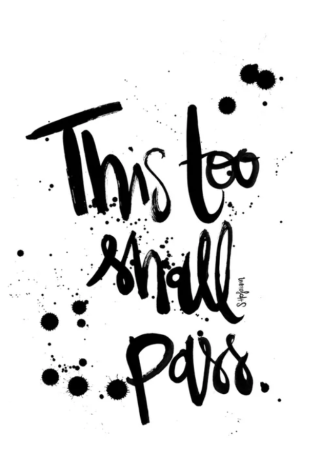 Dan has to go to the hospital every morning for labs and vitals. Other than losing weight, everything actually looked well at those visits.  His blood counts were “excellent” and everything else was in the normal range.

Yesterday, Tuesday, was the worst day so far.  The nausea and vomiting were increasing, but it was now accompanied by dizziness.  In fact, he fell coming up the stairs.  Normally that would make me laugh.  But there was nothing funny about it.

It was obvious that he was struggling.

Thankfully, he’s been sleeping better. However  since Saturday night he started to feel “off”.

He couldn’t really describe it, other than to say, “I don’t know what to do with myself”.

He wasn’t in pain, but he just couldn’t get comfortable.  He’d sit down and try to watch TV, but couldn’t concentrate.  He didn’t want to talk or play with Chloe.  He just wanted to go to bed.  He was able to get settled in enough to listen to two full albums.  It seems like that was the only thing he could do to relax.

Today he went in for his daily appointment and let them know what he was experiencing.

They took his blood pressure and it was very low. So they asked him to stand up and took it again. They couldn’t get a reading. Even more worrisome, when he stood up, his heart rate dropped into the 40s.  A normal heart rate for him is about 65-70.  A normal rate for an adult is 60-100.

He told them about the “off” feeling and learned that it was more than likely a side effect of the Compazine which he’s been taking regularly for nausea and vomiting.  They switched him to Zofran, which I’ve been told is a much better option.

Since the day of his transplant, just one week ago, he’s lost 12 pounds. That's understandable considering how little he has been able to eat and how little of that he can actually keep down.

We were initially told that Days 7 through 10 are 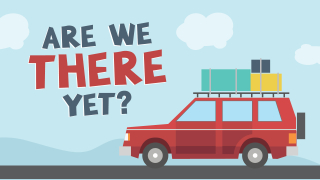 when he will feel at his “rock bottom”.

I hope those predictions are accurate.

It’s really hard to watch someone you love feeling so miserable, especially when there is nothing you can do about it.

I’m sure that Dan will write about his experience when he’s feeling better. But I wanted to provide an update since we’ve both received calls, texts and emails and neither of us have been able to respond individually.  We will - once this rough patch passes.

Thank you for your comments, texts, calls, messages, prayers and love.  It means everything.  Especially now when we are so isolated and locked down.  It’s hard not to think about what it would be like to go through this without all the added stress and fear of COVID.

That being said, please keep yourselves safe.  Wear your masks. Wash your hands. Stay home as much as you can; socially distance when you can’t, and take care of each other.  It’s a hard time for everyone right now. 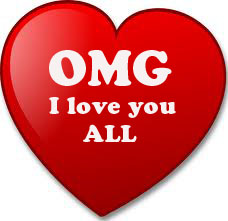 I love you both so very much! Thank you for being the rock for my pops through this super hurdle. You’re right- it shall pass but it sure is being a pain in the ass in the process. You are doing an amazing job keeping yourself and him chugging along inspire of everything layered on top.

Dan I wish there weren't side effects, the nausea and being so uncomfortable makes time long; it will pass. I understand and really feel what your going through. Nancy is your greatest cheerleader, tender loving care . I send prayers and hugs for you both. Cheri

We are so sorry that Dan is experiencing the side effects and that you are in a place of helplessness as the chemotherapy does its work. We love you and are here for you to help in any way we can. This too shall pass but know we are here for you both in the interim. Our hearts hurt for all that you're both going through. Love you and miss you. Take care and be safe.