« This Day Had Such Potential | Main | PART TWO: TRANSPLANT TIME »

Wouldn’t you think that being quarantined at home would give me a ton of time to update one little blog?

Literally, I’ve sat down four times in the last six weeks and started to write an update and then BOOM - plans changed. Again. And Again... 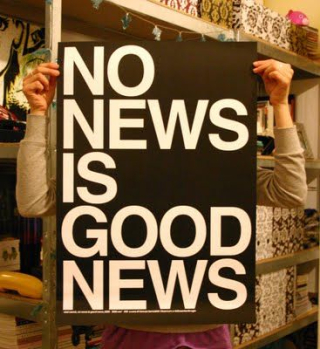 First off, there is one thing to remember with this blog: no news will ALWAYS be good news.

We are so grateful for everyone who has called, texted or emailed asking for updates.  Your continued concern and interest mean so much to us.

Please feel free to reach out to either Dan or me anytime you want.  We may not respond quickly, but we will respond.

Ok, that out of the way, here is the good news – really good news in fact. Dan is officially in REMISSION!

And he’s been in remission for a couple of months now. But with COVID-19 still amok out in the world, the next steps have been in a constant state of flux.

Initially when we got the good news, the plan was for Dan to stay on a maintenance dose of Revlimid.  Revlimid is an oral chemotherapy drug and is one of the three treatments that Dan was going through since his initial diagnosis.

Normally, if the multiple myeloma (MM) patient is healthy enough, they qualify for a stem cell (bone marrow) transplant.  Because MM is incurable, remission is always temporary.  Undergoing a stem cell transplant (SCT) gives Dan the best chance at a more durable remission…meaning one that lasts longer.

However, because of COVID and all of the uncertainty surrounding it, especially for someone who’s immune system is compromised due to MM, Dr. Maakaron (Dan’s oncologist) suggested a Revlimid maintenance plan instead of the SCT. The results of the SCT and Revlimid are comparable, but a SCT is always preferable when it’s an option.  Both Dan and I were comfortable going with the Revlimid maintenance plan -- considering we’re in a pandemic and all that entails.

About a month after that was decided, Dan had an appointment with Dr. Maakaron where he brought up the SCT option again.  Based on the numbers they were seeing from the Department of Health regarding COVID, combined with the fact that Dan is still currently working from home, he told us that he was comfortable putting the transplant back on the table.  Gulp.

But given the optimistic outlook from the doctor Dan made the decision that he wanted to go forward with the transplant.  He is anxious to get back to “normal” life.  Normal during a pandemic, that is.  I, on the other hand, was not in favor of moving forward right now.  Remember, less than one month after Dan’s initial diagnosis, he was hospitalized with Influenza A and six weeks later he caught bacterial pneumonia. 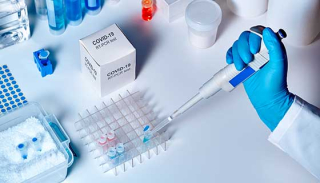 So the idea of a stem cell transplant during while COVID was still not under control completely freaked me out.  However, in the end it wasn’t my decision to make.

Sooooo….the pre-transplant testing and preparation began in earnest.  This is no simple procedure.  Dan was put through a whole series of tests to make sure that he is healthy enough to survive the transplant.  He had pulmonary function tests, echocardiograms, EKGs, “frailty” tests (he was proud to score a ZERO on that one), a full body PET scan, CTs scans of the spine, urine tests, balance tests, and endless blood tests. His record so far is 18 vials of blood in one day! He came through all these tests with flying colors and gets quite an ego boost every time his team calls him “young, healthy and strong”. 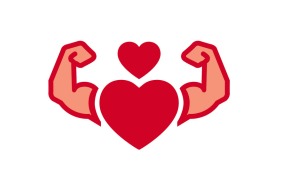 The last test he needed to take was on a Friday morning.  Just a COVID test.  We laughed at the absurdity of HIM needing a COVID test.  I’ve tried to keep him bubble-wrapped since March.  Our hands are raw from washing, the house has a semi-permanent aroma of Lemon Lysol, and no one has been in the house. No one, but us.  I haven’t been to restaurant or a store since March 8.  Masks are worn anytime we get the mail or a package from the front door.  Groceries from Instacart are left on the front porch and disinfected with Clorox Wipes when they’re brought to the house.

You know where I’m going with this, don’t you?

Sunday morning, he gets the results: POSITIVE for COVID-19.

WHAT IN THE ACTUAL FUCK??  HOW IS THAT EVEN POSSIBLE?

This was the point where I really cried for the first time since his initial diagnosis.  Like wailing, bawling, snot flying, choking crying.  I’ve been SOOOO careful.  Over-the-top careful.

To make it even worse, that Sunday was my niece’s high school graduation open house.  We decided we would go for a short visit, not eat, not remove masks, and stay at least 6 feet away from everybody.  AND…I had promised to bring food.  I had spent the day before making a shit-ton of fruit salad, cranberry coleslaw and guacamole.  Now what?

Dan said that maybe someone could pick up the food.  Good idea, except….what if I had it too?  Would anyone want to eat food made from a house where someone tested positive for COVID-19?  I wouldn’t.

Dan called his team at the U of M and they said that transmission to food is “probably” not a concern, but like everything else with a brand-new disease, they couldn’t say for sure. No Open House for us.

Dan felt fine.  No temperature and not even a hint of symptoms, but he had to quarantine from the world, and from me now too: a quarantine within a quarantine.  This was one of the lowest points for me. I was beyond grateful that he was asymptomatic (so far), but I must admit, I was terrified for the next fourteen days.

We had to stay on separate floors as much as possible, no sharing of a bathroom, no eating together, no sitting on the couch together watching a movie -- none of it.

I was advised to get tested too, which I did a couple days later.  My test came back negative.  Thankfully, Dan never developed any symptoms. But that positive test did push the transplant process back at least two weeks.

After about two and a half weeks, Dan went back in for his second COVID test which came back negative.  Who knows why he tested positive? But getting a negative test this time meant the transplant is back on.