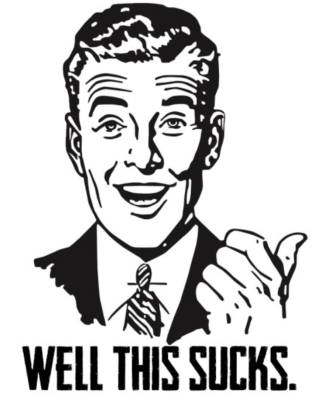 It's a long story: but let's get to the punchline of this not-funny joke.

My brother-in-law Dan was diagnosed with "multiple myeloma". What's that you say? Well, it's cancer. And a cancer diagnosis sucks. It sucks especially hard when you're hit with it out of the blue and you're a guy that doesn't really get sick - or not sick-sick anyway. In fact you're a guy who is fit and skates his ass off all year long refereeing hockey games, all while holding down a full-time job, and a business as a voice-over talent.

For the whole story of what happened when, please see the next post by my sister Nancy. She and Dan will be the main voices of this blog, I'm just kicking it off.

But telling everyone and explaining what's up to all those who care about Dan and my sister is going to take a lot of time - time that needs to be spend on getting this disease under control, figuring out what comes next, and keeping their lives going in as close to normal a way as they possibly can. But equally important is keeping friends, family, and colleagues up-to-date, because we know so many people care about them and will want to be there in many ways as possible as Dan embarks on this sucky adventure not of his choosing.

When you read Nancy's post you'll see that Dan is pretty clear that when he was first diagnosed he didn't want people to find out and then forever been seen as "cancer Dan".  There's more to his story, and more to his life than just being a guy fighting a sucky disease. So it was decided that a blog, chronicling what was happening would be the best way to keep it real with everyone and to keep everybody who loves and supports Dan and Nancy rowing in the same direction toward remission.

Yes, I said "remission"...because the doctor's said that was the goal and that's what we're asking everyone to hope, pray, and send good mojo into the universe for.

Another benefit of the blog is that both Dan and Nancy are good writers and they will be sharing their thoughts, feelings, and updates here as well. Writing it out is a good way of processing things, and when you're as funny, smart, and insightful as these two, hearing their own voices through this blog will be good medicine for everyone.

The "mah-mah-ma-my-myeloma" line was from Dan, right out of the gate! Expect more pop culture, music, tv and film references as we go along. They're full of them!

What can we do?

Right now, one thing you can do is drop a comment below, or better yet, on Nancy's post that follows, to let Dan and Nancy know you're pulling for him.

Knowing people care is healing. So is laughter and joy - so don't be a Debbie Downer about it, ok? We're all going to remain positive, ok? OK! 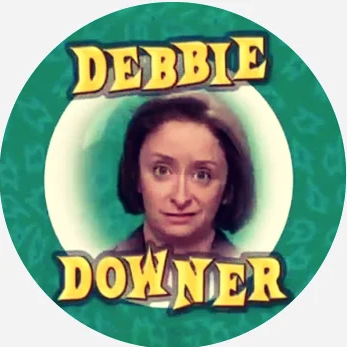 What's next? A whole lotta love.

As you''ll see in the next post, Dan has a great team of doctors and nurses and healthcare professionals from the U of MN on his team and that makes everyone feel better knowing he's in good hands.  They also have a circle of amazing friends who have been there for him and will continue to be there going forward.

Despite the back pain and vertebrae issues that landed him in the ER and eventually to this sucky diagnosis, Dan's been going to work each day and is determined to make the best of this situation and move forward towards a diagnosis of remission.

Read the next post and keep checking in. Every kind word, hug, and well wish helps - always, but especially now. Thanks for being there for my dear brother-in-law. He's the type of guy that's always there for his friends and family and now it's our turn to give him a whole lot of that love back.

Just stumbled upon this; stay strong - we Irish are tough bastards!